Pop-ups are so annoying.

God, I can’t close this pop-up!

This is the zillionth pop-up on this site!

Perhaps understandably, pop-ups have gotten a bit of a bad rep. Inopportune, frustrating, invasive…you might be tempted to think that integrating pop-ups into your Conversion Rate Optimization strategy is like shooting yourself in the foot.

Is it CRO myth, fact or fiction that pop-ups are better left by the wayside?

Bright and early Monday morning – 6:30am to be exact – you’ve not even poured your first cup of coffee when you hear a frantic knock on the door.

“LINDA!” Your friend screeches, bursting through your entryway without even waiting to be let in.

“I need you to confirm you’re free May 18th for the bachelorette party! It’s important!”

“I, but…couldn’t you have just emailed me?”

“NO silly I need it NOW, are you coming? I’m not leaving until I get an answer! Just try and make me go! This party is too important!”

You try and gently steer your friend to the door, explaining all the way that really it’s rather rude to burst in on someone like that, but to no avail. Finally, you simply shove her out the door – and you never did RSVP.

Clearly, this analogy illustrates the frustration generated by a pushy, boundaryless friend – and a poorly thought out pop-up.

By nature, visitors don’t request to see pop-ups, and in that respect, they can be considered invasive. The trick is to trigger them in a context that takes into account the visitor’s browsing habits, state of mind and any other useful characteristics.

A friend that shows up at 6:30am is like a full page pop-up that triggers as soon as you visit the homepage – it better by hyper relevant in order to demand your attention like that.

If this style of pop-up only asks you to subscribe to a newsletter, in all likelihood all its going to do is annoy the website visitor. However, a full page pop-up you see as soon as you enter an e-commerce site during Black Friday sales – especially if it announces pertinent information about your favorite products – will probably fare much better.

And similarly, that newsletter pop-up? If it’s triggered after a repeat visitor has seen three pages of your blog, is much more contextual and warranted, and will also surely convert better.

In our opinion, CRO professionals shouldn’t throw the baby out with the bathwater when it comes to pop-ups – you just need to use them intelligently and judiciously. After all, when used well, we have seen them produce excellent results.

So, a few rules of thumb:

The final word? It’s a CRO myth to think all pop-ups are bad, all the time – but it’s true enough that if they aren’t contextual, used judiciously or are too abrasive, they will frustrate your audience. 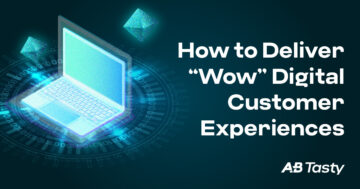 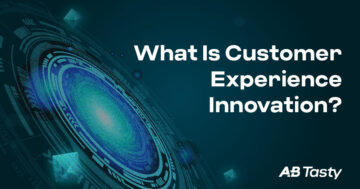